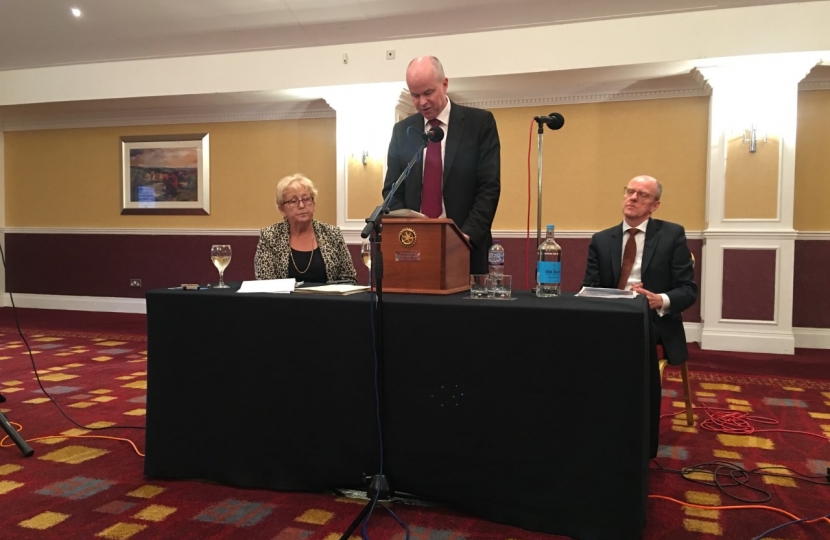 Avisford Park Hotel was the venue last Friday for a Meeting organised by BRLCA to discuss Brexit. Attended by members of the Association we were joined by members from other constituencies across Sussex. We were very lucky to secure as our guest speaker the Director of Communications at No 10 and a senior aide to the Prime Minister, Robbie Gibb

Chaired by his brother and our own MP, Nick Gibb, he started the meeting by describing the path of travel from the Referendum in 2016 to where we are today. He explained the various options considered and the progress made in the negotiations to date. This led to the current proposal based on the Chequers white paper and, a day after the Salzburg summit, this was always going to be the focus of attention. Robbie explained why this was the only option on the table and reiterated the Prime Minister’s words earlier that afternoon that we would continue to pursue this plan and called on the EU to respond.

A lively debate in the form of a question and answer session followed where it was apparent that not everyone agreed with the current direction of the negotiations and some would probably prefer not to leave at all.

Clearly we have some way to go before this issue is resolved and no doubt there will be many twists and turns along the way, but Robbie’s clarity of presentation and informed substance have certainly given us a better understanding of the current position.

The meeting extended their warm appreciation to Robbie for taking time out from what must have been a hectic day, to Nick for chairing the meeting and to Hilary Flynn, BRLCA Chairman, for organising the event.