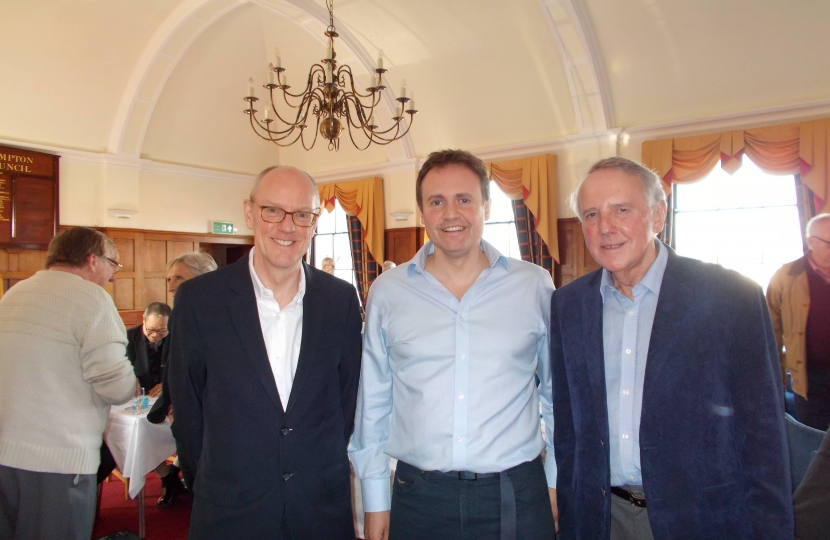 Tom Tugendhat MP and Chairman of the Parliamentary Foreign Affairs Select Committee was the guest at a lunch hosted by Littlehampton Conservatives last Saturday in the splendid surroundings of the Millennium Chamber.   Introduced by the Branch Chairman, Geoffrey Walker, Tom, who had visited a veterans breakfast club earlier in the day, spoke of the need for greater engagement in community projects such as this.  Using the theme ‘giving something back’ he encouraged others to consider involvement in  community projects, nomination as councillors or volunteering for charity work.  He then went on to talk about Brexit and the Withdrawal Agreement.  After a febrile week in politics this was always going to be a contentious issue and those present did not disappoint in the lively question and answer  session that followed.

Nick Gibb expressed his own views on this subject as he proposed a vote of thanks to Tom Tugendhat.