Deputy Chairman of the Association

Josh is a Deputy-Chairman, Political, on the management committee of Bognor Regis and Littlehampton Conservatives and is Vice-Chairman of Littlehampton Branch.

He studied Politics and International Relations at Royal Holloway, University of London and currently works for Andrew Griffith MP.

Josh was previously a member of with the Voter Communication team at Conservative Campaign HQ and has been involved in a number of Conservative and apolitical campaigns across the country including working as a Press Officer for Andrew Boff AM, working closely with PCC Katy Bourne and campaigning in numerous elections in Oxfordshire, Hampshire, Sussex, Kent and Greater London.

On Saturday 16th June, Littlehampton Conservatives held a street stall in the town centre of the branch. The team met with local residents, discussed pressing issues and concerns in and around the town, and had the opportunity to meet new potential members, volunteers and activists. 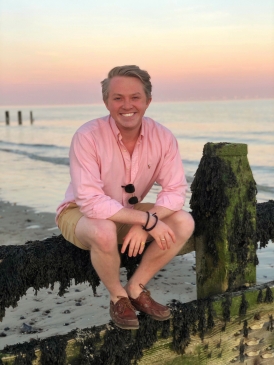