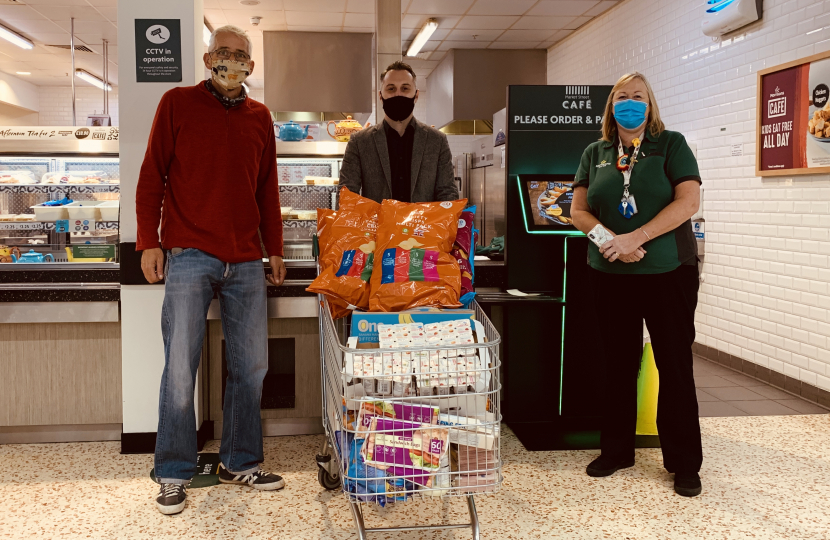 Local community groups from Bognor Regis and Littlehampton have come together over the school half-term to help vulnerable children and families on low income by offering free packed lunches to school children for the week.

Organised by West Sussex County Councillor, Gary Markwell, who represents Arundel & Courtwick division, packed lunches are being distributed through the Littlehampton Community Fridge and EcoSwap in Bognor Regis to all families who need help this half-term.

Morrison’s Supermarket are supporting the scheme by donating 60 pre-packed lunch boxes for children each day and Crimsham Farm CIC are sourcing food donations from local producers and charitable organisations.

There is also a gofundme.com page that has been set up which is taking donations from local residents to help with providing the contents for the lunchboxes.

Councillor Gary Markwell, who is leading the project commented “I have been overwhelmed by the support we have received so far from the community, not just from the donations that people have made, but the volunteers who have all joined in to make this happen for the vulnerable residents of Bognor Regis & Littlehampton”

The Commonwealth, G7 and NATO Summits